About Skip Phillips › Back 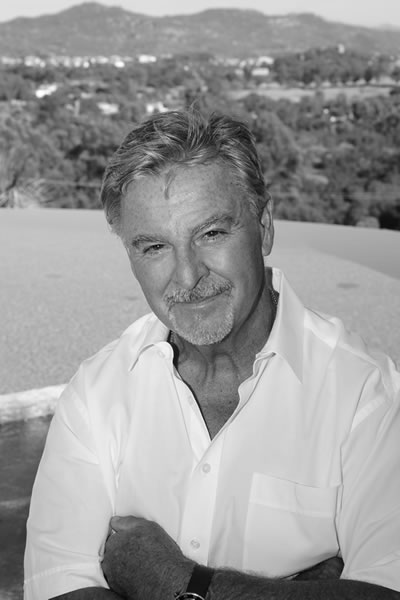 Skip Phillips, International Vanishing Edge Education Program Instructor, Questar Pools’ founder, is one of the world’s most renowned designers and builders of custom swimming pools, spas and other forms of aquatic architecture. Skip has decades of expertise in Infinity Edge, Zero Edge and Vanishing Edge Design.

His rise to public prominence first crystallized in 1993 when The Robb Report declared him “the world’s most influential swimming pool designer.” Since then streams of sterling kudos and commendations have flowed through almost-constant coverage in trade magazines, television segments including multiple HGTV appearances, newspapers and prestigious national publications including Better Homes & Gardens, New York Times and Wall Street Journal. In recent years, his high-flying profile has spread internationally through sources including Germany’s IQ magazine, Canada’s World’s Best and the Italian design journal Piscine Oggi, and by way of his live educational presentations in Italy, Australia, Bali, Canada and Germany.

This considerable public and professional presence stems from Skip’s three decades of experience as an innovator and educator. As a prime example, many regard him as the world’s leading authority on vanishing edge design, having pioneered a number of the effect’s tricky aesthetic and technical details. (His vanishing edge design program was recently accepted for Continuing Education Units for the Architectural Institute of British Columbia.) He is co-founder of Genesis, an aquatics educational organization widely credited for transforming and uplifting the pool and spa industry. He has served extensively as an expert witness in lawsuits involving failed pool and spa projects and is past president of the National Pool & Spa Institute (now known as the Association of Pool & Spa Professionals). He is also an SWD Master, Society of Watershape Designers.

At the heart of all his tireless activity, Skip’s body of work includes some of the most beautiful and technically advanced watershapes of the modern era. Many projects include commissions for a host of celebrities and other extreme-upscale clientele, where he is often found collaborating with prominent architects, landscape architects, developers and general contractors.

Today, Skip continues to push the leading edge of Infinity Edge, Zero Edge and Vanishing Edge Design in his own work and remains dedicated to elevating the industry’s state-of-the-art through education and technical innovation through his International Vanishing Edge Education Programs. A tireless critic of the rank-and-file swimming pool and spa industry, Skip constantly champions elevating standards for pool design, pool engineering and pool construction.